Again and again, Marvel sinks its teeth into our wallets, churning out “Earth Shattering”, “Mind Blowing”, or even “Status-Quo Shaking” event books (That was a small bit of sarcasm). This time around, we might actually be in for a story that feels planned out, doesn’t have an obvious conclusion, and won’t drag itself out for 6 extra months. If you are looking to prepare yourself for Secret Empire, I recommend reading Steve Rogers: Captain America 2016 as it’s the bare essentials you’ll need to start off this event. You could also look at my reviews of Issue 1 and Issue 4 if you don’t want to read the last 16 issues of the Captain America. I’ll avoid spoilers for this issue, as I’ve seen a few people posting major ones online i just want to talk about the story in a broader sense rather than just showing you what happens. But be prepared for me to talk about some events during the StandOff event and the Captain America Series’.

END_OF_DOCUMENT_TOKEN_TO_BE_REPLACED

Who won’t Deadpool go toe-to-toe with? Last year we had a hilarious caper full of thievery in Gambit V Deadpool, whose first issue I reviewed. Now we have Deadpool taking on the king of mafia-targeted carnage himself, The Punisher, in a 5 issue mini series. If you’ve read the Gambit V Deadpool books, you’ll have some idea of what to expect, both heroes at odds and an element of foul play at hand. With that said, I enjoyed this first issue and it’ll be a good book to have while we endure through the Secret Empire summer event.

END_OF_DOCUMENT_TOKEN_TO_BE_REPLACED 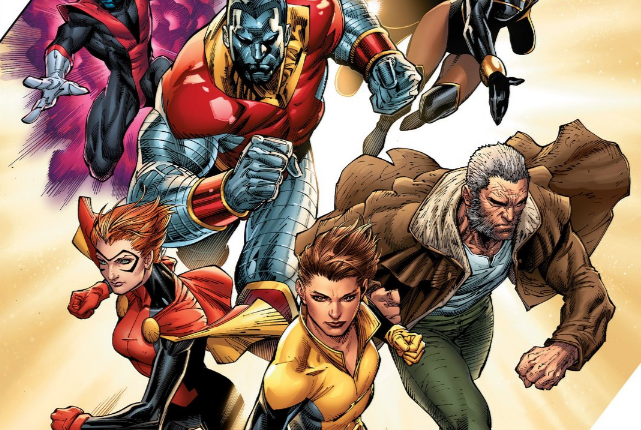 The Inhumans and X-Men have finally finished their fighting and it’s hard to say if there was a winning side or even a winner who could have had the moral high ground. Maybe that was the point, a grand gesture in excising the status quo. Either way, we’re off to a new beginning with some of our favourite X-men coming back together to do what heroes should do, make the world a better place. Even if that world doesn’t want them. I’ll keep the spoilers to a minimum for this issue as I usually do but be warned I will talk about small plot points through my review of the base story of this issue and IvX.    END_OF_DOCUMENT_TOKEN_TO_BE_REPLACED